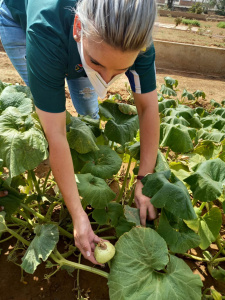 Since 2015 South Africa has been experiencing drought and drought-like conditions. This has had a devastating effect on agriculture resulting in the loss of livestock, a decline in food production, the closure of businesses that were heavily reliant on water, and subsequent loss of jobs in the formal and agricultural sectors. The average rainfall between 2015 to 2017 is recorded as one of the lowest in the last 84 years.

In recent times Gift of the Givers responded to the drought in KwaZulu Natal, Limpopo, Free State, Northern Cape, and Western Cape. The response included, among other things, the provision of food parcels to farmworkers, animal feed, boreholes for farmers, and drought-resistant crops such as sweet potato vines.

With the tremendous support we received from farming communities came the Save the Sheep fundraising and awareness campaign. The campaign aimed to support farmers with fodder and water for their livestock to prevent further loss during the drought.

In 2018, the Gift of the Givers team developed an agricultural site in KwaZulu Natal where 140 families received a 150 x 50 metre piece of land to farm. The project benefits not only the families involved but the surrounding communities as well. Using large-scale farming equipment, Gift of the Givers ploughed and planted maize that would be maintained by the families.

Additionally, Gift of the Givers recognizes the crucial role played by bees on our environment, and in areas where foliage had dwindled due to the drought, the bee population would suffer. Stemming from a partnership formed in response to the Knysna fire in 2017, Gift of the Givers would find itself rehoming and rehabilitating a multitude of bees at the bee colonies thriving in their new wooden hives and sustained by Gift of the Givers.